The Duke of Wellington

Starting life in 1876 – some 24 years after the death of the hotel’s namesake and 60 years after the Duke’s famous Battle of Waterloo – the humble, timber, two-story structure on the corner of Portland Place and Regent Street, New Lambton opened it’s doors as a public drinking house. “The Duke Of Wellington” under licensee Mr David Jones Esquire (and many more licensees henceforth) was the cornerstone of the thriving local mining community.

It was the place where local people would gather to celebrate milestones, where mates would meet to share a cleansing ale after a long day in the pit and solve the problems of the world. The building may have burnt down at the turn of the century and had several architectural incarnations since, but “the legendary Duke Hotel” is still a vital hub of the New Lambton community.

Today’s Duke of Wellington Hotel is legendary for many reasons; great food at affordable prices; friendly service; a brilliant atmosphere; and (as the barrister from “The Castle” would say) the vibe! It’s hard to describe – but there is a vibe you get when you walk in to the Duke. It matters not if you’re a regular or visiting for the first time – you’ll feel welcome. You’re amongst friends you’re yet to meet! 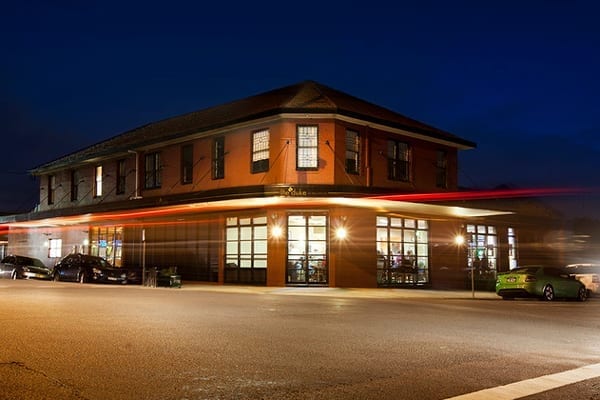 The Kent Hotel is a landmark in Hamilton’s heritage. Built in 1924, it was one of the first hospitality venues on beautiful Beaumont Street. As an important part of Newcastle’s tourist industry, The Kent Hotel is pleased to offer a venue that has something for everyone. 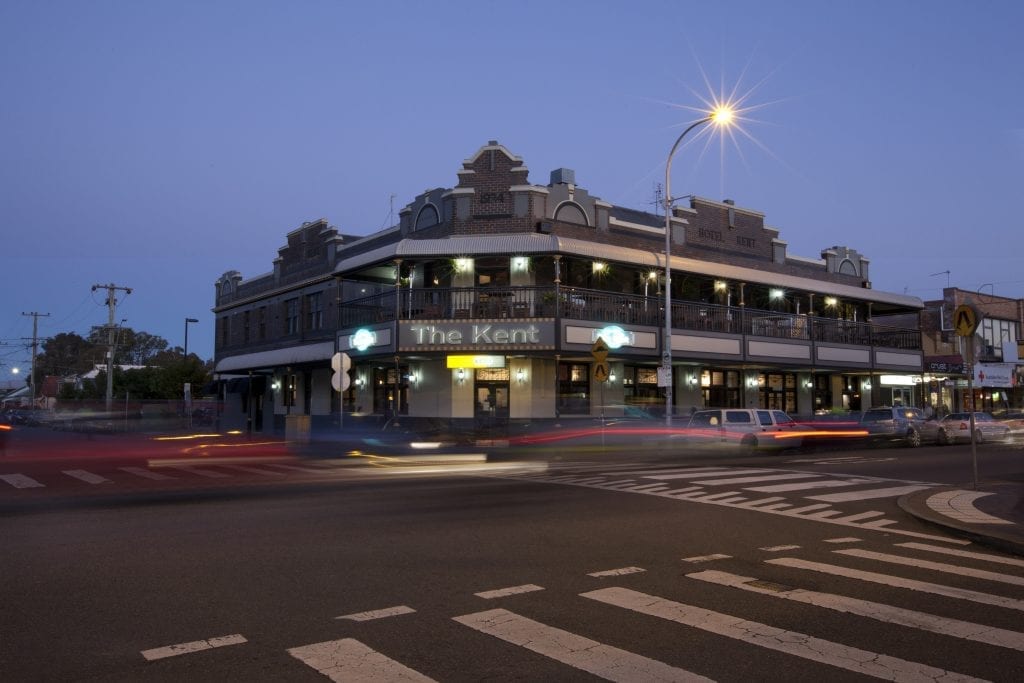 Lay down your anchor and let the salty-sweet breeze of the ocean sweep you into the Seabreeze Hotel! Just as you step off the D’Albora Marina – the Seabreeze Hotel is the perfect place soak up the ambience and quintessential beauty of Nelson Bay. Settle in for a day or evening of dining, drinks or watch your favourite sports. Or perhaps spend a night or two in one of our 18 Boutique Hotel rooms! 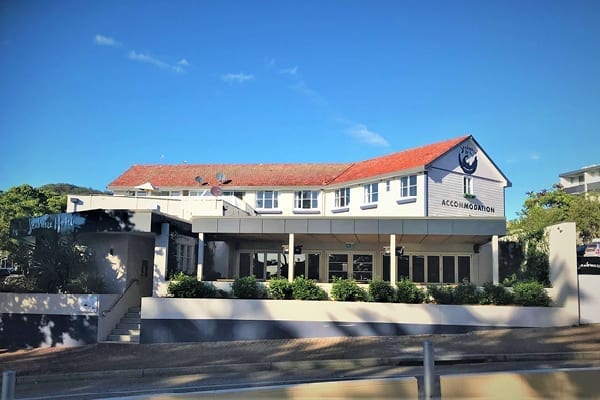 Not so long ago, it was almost impossible to find vegan options on a pub menu. Times have changed.

THE CHANGES IN COVID COMPLIANCE THAT WOULD BETTER AID NSW PUBS

As venues in New South Wales will be able to host one person per every two square metres in outdoor spaces from tomorrow, publicans react to the news and discuss what other measures would improve trade for their businesses.

Hunt Hospitality operates a suite of pubs in the NSW central coast region. Front man Stephen Hunt is known for his proactive approach to staff management and thus far hasn’t had any difficulty getting sufficient numbers.

A year ago, Hunt Hospitality began a mental health initiative for its employees that subsidises confidential counselling sessions.

As Stephen Hunt’s plans for his venues have grown, he’s turned to alternate sources of funding for his business ventures – with great results.

The dynamic Hunt Hospitality has agreed to sale of its large-format Lakeside Village Tavern at Raymond Terrace, to the growing stable under Nicholas Quinn. 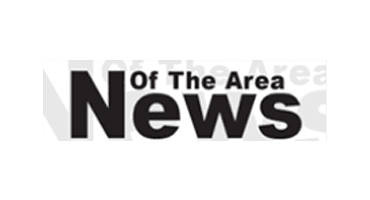 The Port Stephens community is no stranger to helping those in need and thanks to the crew at Hunt Hospitality the Variety Bash received an extra $100,000 for their cause. 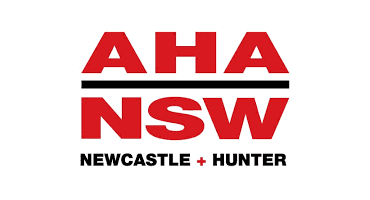 Owner of Hunt Hospitality, Stephen Hunt and his staff at hunter hotels Lakeside Village Tavern, The Kent, The Duke of Wellington, and Seabreeze Hotel are together aiming to raise $100,000 for the 2019 Australian Hotels Association, NSW Variety Bash.

PUB LEADERS SUMMIT 2018: WHAT YOU MISSED

The 2018 Pub Leaders Summit was held on Monday in Sydney with more than 300 delegates from across Australia attending the conference and expo.

Around 1200 of the industry’s elite gathered last night at The Star to celebrate the Australian Hotels Association NSW’s night of Excellence.

Newcastle-based Hunt Hospitality has received nominations for all five of its venues in the AHA NSW Awards for Excellence.

HUNT SNAPS UP OCEAN VIEW WHILST ON HOLIDAY

Well-known publican Stephen Hunt has bought the Ocean View Hotel in an impulse deal that saw him prepare and take over the pub in just three days.

HUNT GOES FOR A HOLIDAY, BUYS A PUB

Hunt was holidaying with his family in the Coffs Harbour region when a last minute opportunity amounted to him purchasing and taking over operations of the Ocean View Hotel in Urunga in a matter of days. 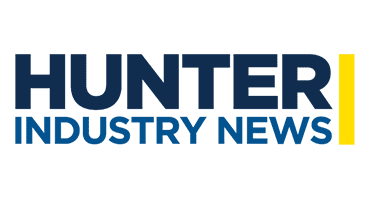 The Hunter hospitality industry could flourish with the help of a new syndicate buying model that will help more people get their foot in the door, according to Hunt Hospitality Principal Stephen Hunt. 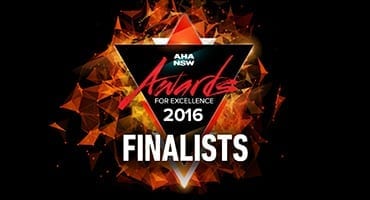 The Rutherford is proud to be a finalist in the following AHA NSW 2016 Awards for Excellence: 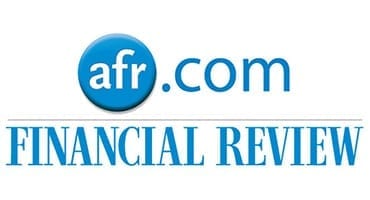 The Hunt Hospitality Group has extended its operations in the NSW Hunter Valley, taking control of one of Newcastle’s leading hotels, the Duke of Wellington Hotel in New Lambton. 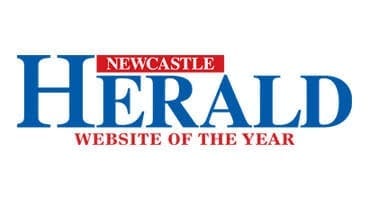 NEW OWNERS AND A NEW LOOK

New owners and a new look for historic Rutherford Hotel in refurbishment and rebranding plan.

Much lauded and super-fit hotelier Stephen Hunt has unveiled to PubTIC plans for his latest acquisition in one of NSW’s growth corridors.

The inaugural Pub Leaders Summit has been hailed a success, with an incredible line-up of speakers imparting their knowledge and experience to a sold out crowd.

One of the biggest topics at the 2016 Pub Leaders Summit was lockout legislation and the increasing red tape of compliance.

BEST ADVICE I WAS GIVEN: PUBLICAN

The most successful hoteliers recognise that listening to their patrons is fundamental to customer service, says Stephen Hunt of New South Wales pub group Hunt Hospitality… 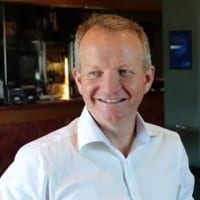 Stephen Hunt has forged a career in the Hospitality industry for over 20 years, he has owned and operated Hunt Hospitality International since 2009. Stephen is a third generation publican who, along with his family, has been a part of the hospitality industry since the 1940s. He has experience in multi-venue management as an operational manager for the Independent Pub Group in the successful take over of 3 venues in the Hunter in 2009.

Stephen has a proven track record in maximising a venue’s potential – something that is evident in the transformations he’s achieved for previous establishments.

Over the past few years, venues managed by Stephen have received multiple “AHA NSW Awards For Excellence” nominations and wins.

Stephen completed his Master’s Degree in 2013, Executive education courses at Harvard in 2014 and 2017, as well as a Graduate Certificate in Applied Finance.

Stephen has also been a panellist and guest speaker at the Pub Leader’s Summits in Sydney and Melbourne. 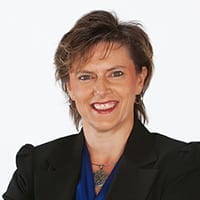 Annette is a principal of FinBiz Advisers, where she incorporates her SMSF adviser accreditation with business and financial advice to her clients.

Prior to Beyond Wealth, Annette was a director of Crosbie Warren Sinclair, with her client base being predominantly in the hospitality sector. Her experience in providing management advice to various successful hotels and restaurants throughout the state puts her in a prime position to provide financial guidance to the board. 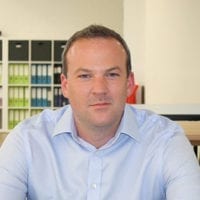 Tim founded and grew his own leasing business which was eventually acquired by an ASX listed group and is currently an Executive Director of Keeping Company Pty Ltd, a leading full service Accounting and Advisory firm.

For more information please feel free to contact us.